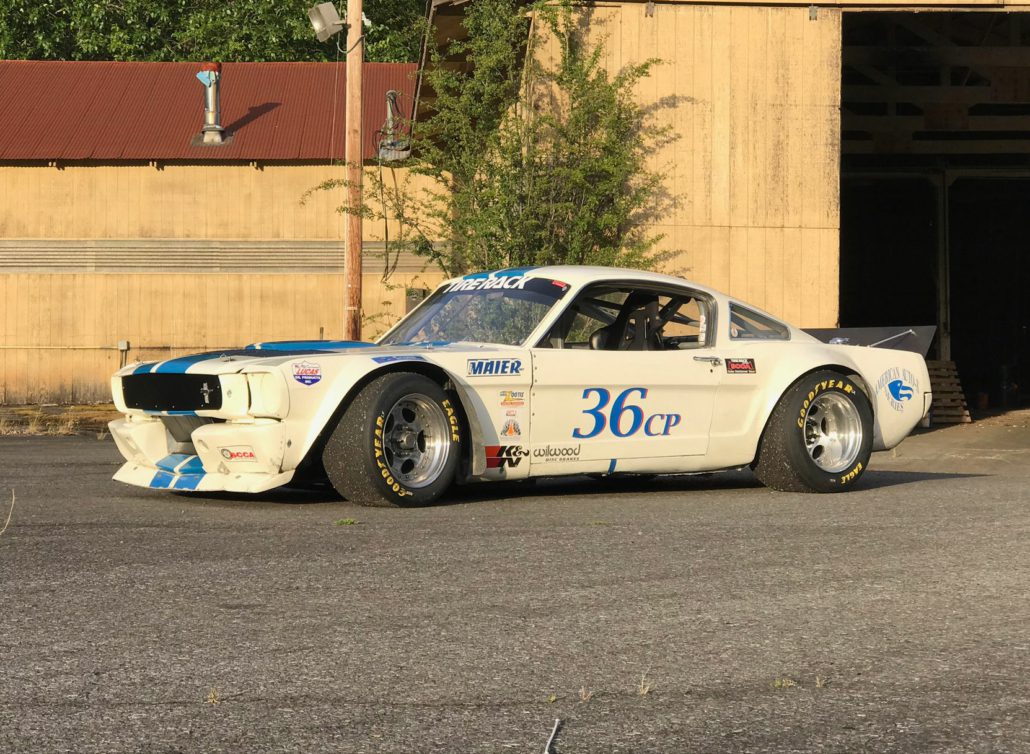 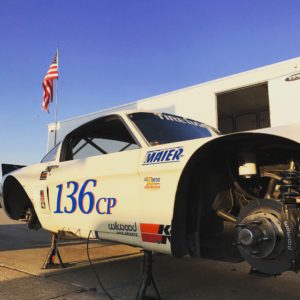 The Stagnaro Mustang owned by Frank Stagnaro is the real deal. It’s an 16-time national champion in the SCCA C-Prepared class and still frequently races locally and nationally. Like the partnership between Frank and Mike, the car has evolved, grown, and changed over the years.

Frank has been a car guy since the beginning. He recalls early memories of watching the greats race at the local circle track and finding heros in the shape of  Billy Voucavitch Sr, Mario Andretti, and AJ Foyt. Being a man of humble means, Frank could only dream of being in the 500. So as time went on he found ways to exercise his passion for the craft of racing.

In 1969 Frank came across a 1965 Mustang. He bought it and immediately started going to the local grudge nights in Stockton Ca. Any early lesson arrived in understanding the benefits of a Posi differential. He could take down 69 big block Mustangs just because he hooked up.

As time went on he found autocrossing. This was a way for him to become a family man and still get some racing in that didn’t break the budget. He funded his passion by learning how to do cylinder head jobs in his garage as well as gathering old leaf springs and restacking his leafs himself.

As part of the scene he started to get to know the places and racers that had all the good parts. There was a race shop in the San Francisco Bay named Spectra. Rener Newman worked there and he was one of the fastest guys in Northern California. The other shop was Maier Racing ran by Mike’s dad, Bill Maier. Bill owned and raced fast Mustangs, and built a business specializing in them.

Frank started to get work done at these shops as he could. Over time he started doing side jobs for Bill Maier on the weekends. Frank would install flares and stock pile the money. He would save all of his side cash to pay for his once a year trek to the SCCA Autocross nationals. His original tow rig was the family station wagon. It was a symbol of the time: making the most of what you have.

After several years he started to really put the heat on the fast guys. He kept posting top times at nationals, but the wayward cone kept the Stagnaro Mustang in second place. He never stopped pushing. I remember my dad telling me, “ You know why Frank is so good? It’s because every year he does something big to his car to improve it. Weather it’s wider tires, more motor, update the suspension. He never stops improving. “

Over the years Frank and his best girl Barbara Ogg created one of the best race communities in the country. Together with a close friend Larry Park, the trio founded the American Autocross Series. Their aim was to give bigger cars a place to stretch out. It ultimately turned into the best of the best on the west coast. Frank and Barbara did the courses and Larry did the logistics. The groups of people that it attacked were the dysfunctionally dedicated autocrossers.  Hell bent on winning nationals and nothing else. When the racing was over a little tequila or beer could distract them for an evening, but the next morning they were back at it in pursuit of going faster.

Frank and Barbara continued to update the car. Coilovers were added in the late 80’s, one of the first with a super high end shocks. They saved up for top end motors.  Composite body panels, magnesium wheels. Bit by bit, year after year, they chipped away at it. Frank and Barbara are now continuing the relentless push. Working with Mike Maier and Frank’s grandson this car is still out almost every weekend racing and improving. Slow progression it what will become one of the best.