“I have never been able to park this thing like this before! This is awesome!”

Ken has owned his 1965 Ford Mustang Fastback for over 10 years.  It began as a stock fastback with original design suspension.  Over the last half decade he has slowly built it into the modern street car it is today.

Ken came to Mike about 5 years ago with the idea that he wanted his Ford Mustang to handle well and feel more like his daily driver.  At this point the car had a stock 289/302, 4 speed toploader, 15″ wheels, and OE replacement suspension.  After admitting that he wasn’t a race oriented guy and simply wanted his car to handle better he left a more perplexed than when he arrived.  We didn’t recommend a huge suspension kit, rather with his budget we took small steps.

At first it was a set of good quality leaf springs.  After that he came back and got a set of Bilstein shocks, as he left we recommended the next step was to save some money and buy a set of 17″ wheels and quality tires.  We didn’t see Ken for a while at this point.  He must have been having too much fun driving his car up in the hills!

Ken resurfaced soon after Mike Maier started Mike Maier Inc wondering what the next step for his Mustang would be.  After a short discussion it was decided a power steering system was in order.  Instead of running the aluminum power steering pump, we opted for the cast iron pump due to its low end assist and cost effectiveness.  Ken was so excited with the power steering kit he and Mike jumped in the car and went off to lunch. As typical downtown Livermore goes on a weekday around lunch parking can be difficult.  Ken found a spot, parallel parked, and exclaimed, “I have never been able to park this thing like this before! This is awesome!”

With this increased confidence came some thoughts on how to stop the car better. While he already had disc brakes in the car they just were not cutting it in a panic scenario.  We opted to fit a Wilwood Superlite 6 brake kit with 6 piston calipers and 13″ rotors.  To compliment the Mustang brake kit we set Ken up with stainless steel brake lines and a 1″ master cylinder.  We also upgraded Ken from Wilwood’s BP-10 pad to their BP-20 option.  This was the starting point for his brakes; Wilwood has so many options in which the brake kit can be adjusted to every drivers style.

Ken came back to MMI about 6 months later and wanted more once again.  We went down his checklist and it was time for him to put away his stock front suspension that included 600# front springs and Bilstein street shocks and upgrade to a MOD1 Coilover Kit.  Since Ken was a pure street car guy we didn’t opt for the MMI lower control arm assembly, but rather replace his stock assembly. After going through many brands of stock replacement parts we at MMI finally have a consistent vendor that provides a quality product.  We cleaned up the strut rods, replaced the lower control arms, and installed a set of rubber strut rod bushings with steel internal sleeves.

Ken’s family has been known to give him gift cards over the holidays and we were lucky to see him right after the holiday season for a MOD Panhard Rod Kit.  While this being one of his last stops for suspension upgrades Ken told us after the fact that he was a bit apprehensive about the upgrade and set himself up for disappointment.  He had felt how his street car progressed over the last 5 years and did not think that it could get any better. Ken sure was wrong about this one. After driving the car his mind set once again changed and the bar was moved even higher.  His dream of being able to have a classic car drive like a modern car is so close.

Ken is a great example of the “typical Mustang owner” that may never go to the track but wants to enjoy the experience in his classic street car and do it with ease. He often gets asked why he comes to MMI because of our reputation for racing, both his and our answers start with a fast racing car is an easy to drive car.  From there we simply make minor adjustments to ensure that our products can be enjoyed in both settings based upon your requirements as a driver.  Ken is now known for driving down the highway doing 80 mph with one hand on the steering wheel, his other on the shifter, and a big smile on his face! 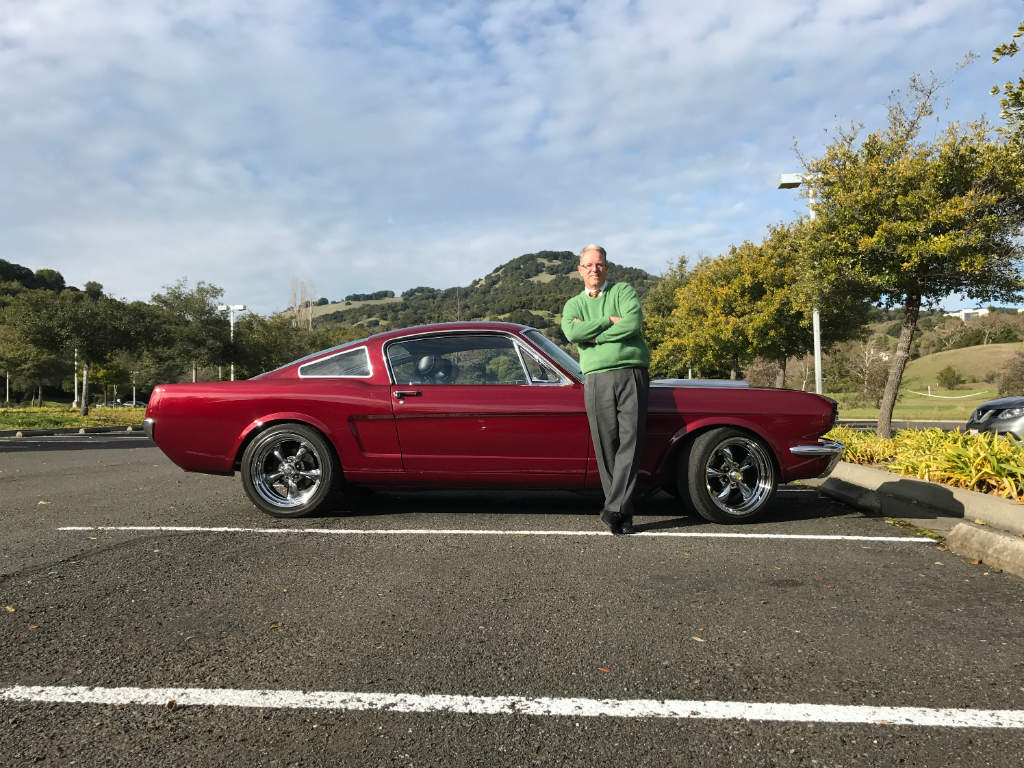 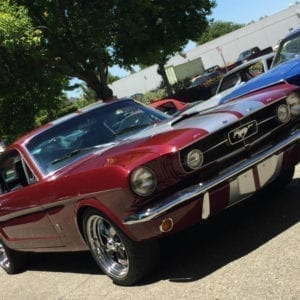 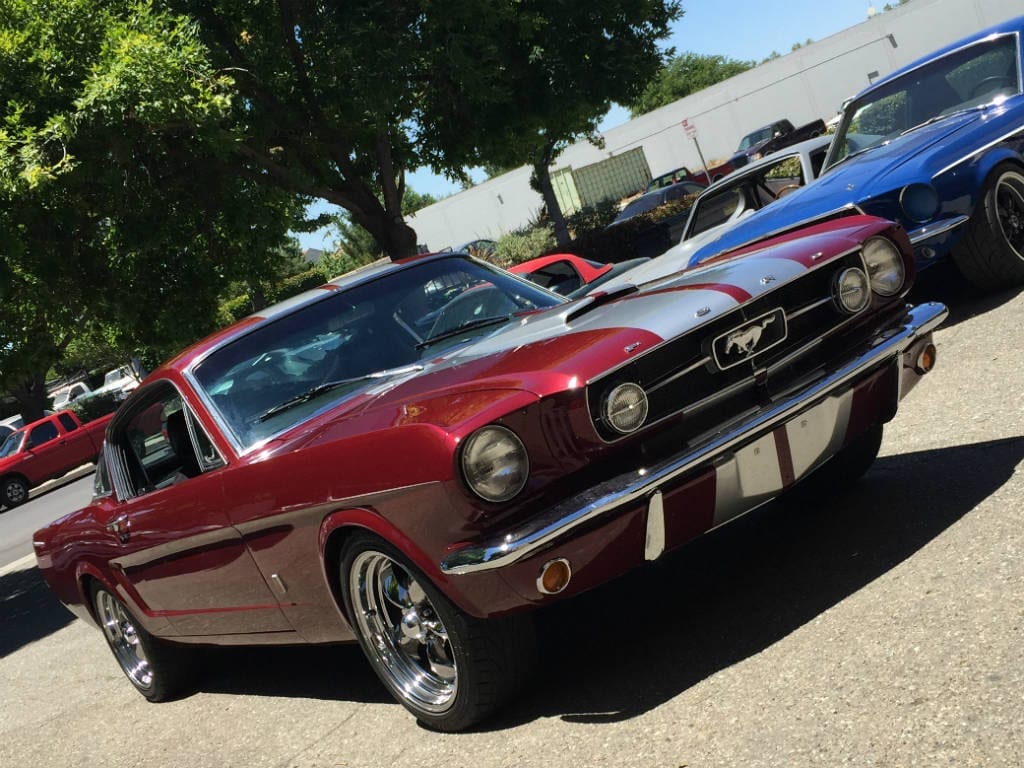 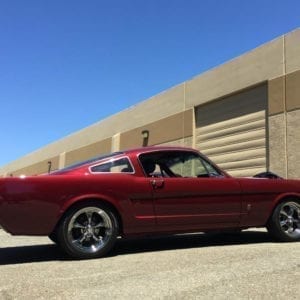 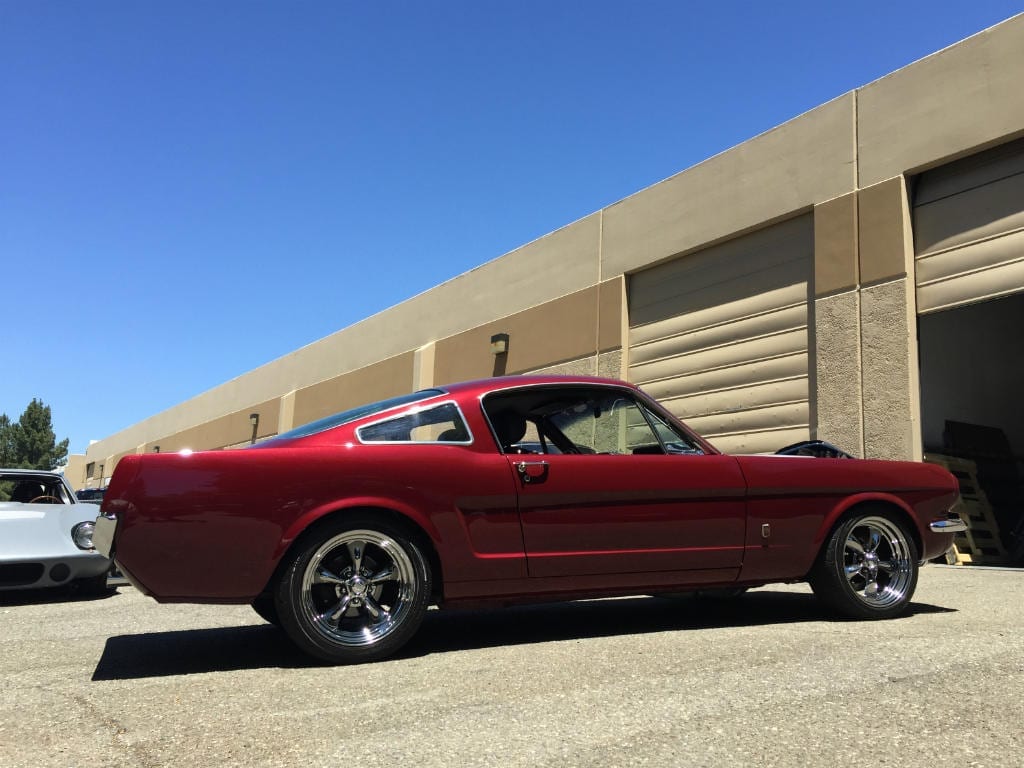 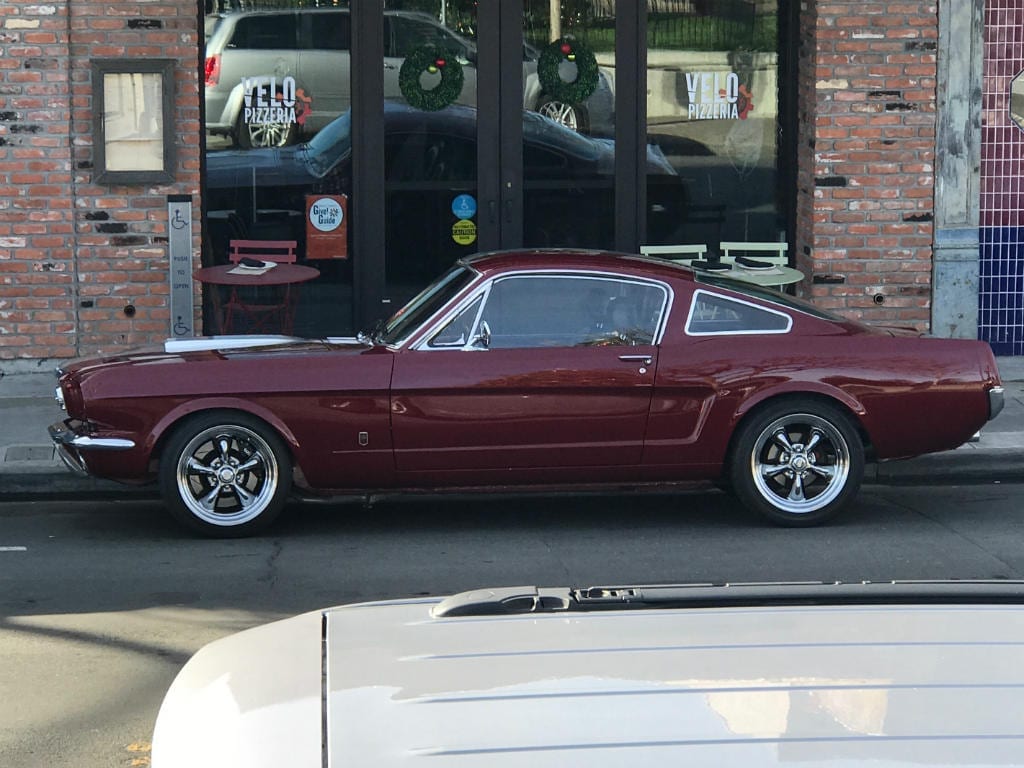