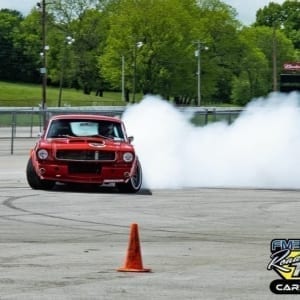 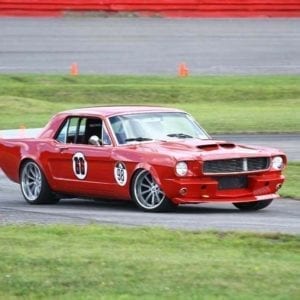 Kenny is one of the local bad asses of long island though he will never admit to it. He’ll just greet you with a smile and an honest hand shake. Kenny and Mike met in Columbus, Ohio during the 2010 Good Guys Sponsor Shootout. Since then, Kenny has been a dear friend of the Maier family. His 65 Mustang Coupe is an early version of what we now call the Corkscrew Package and includes one of the first MOD 1 Front Suspension systems we produced. Funny enough, Mike Maier and Kyle Tucker of Detroit Speed welded up the arms together during a visit from Tucker. As a result you’ll find both of their initials stamped on the control arms of this particular kit.

Ken is not shy about using his Mustang, regularly tracking and autocrossing his car at events around the country.